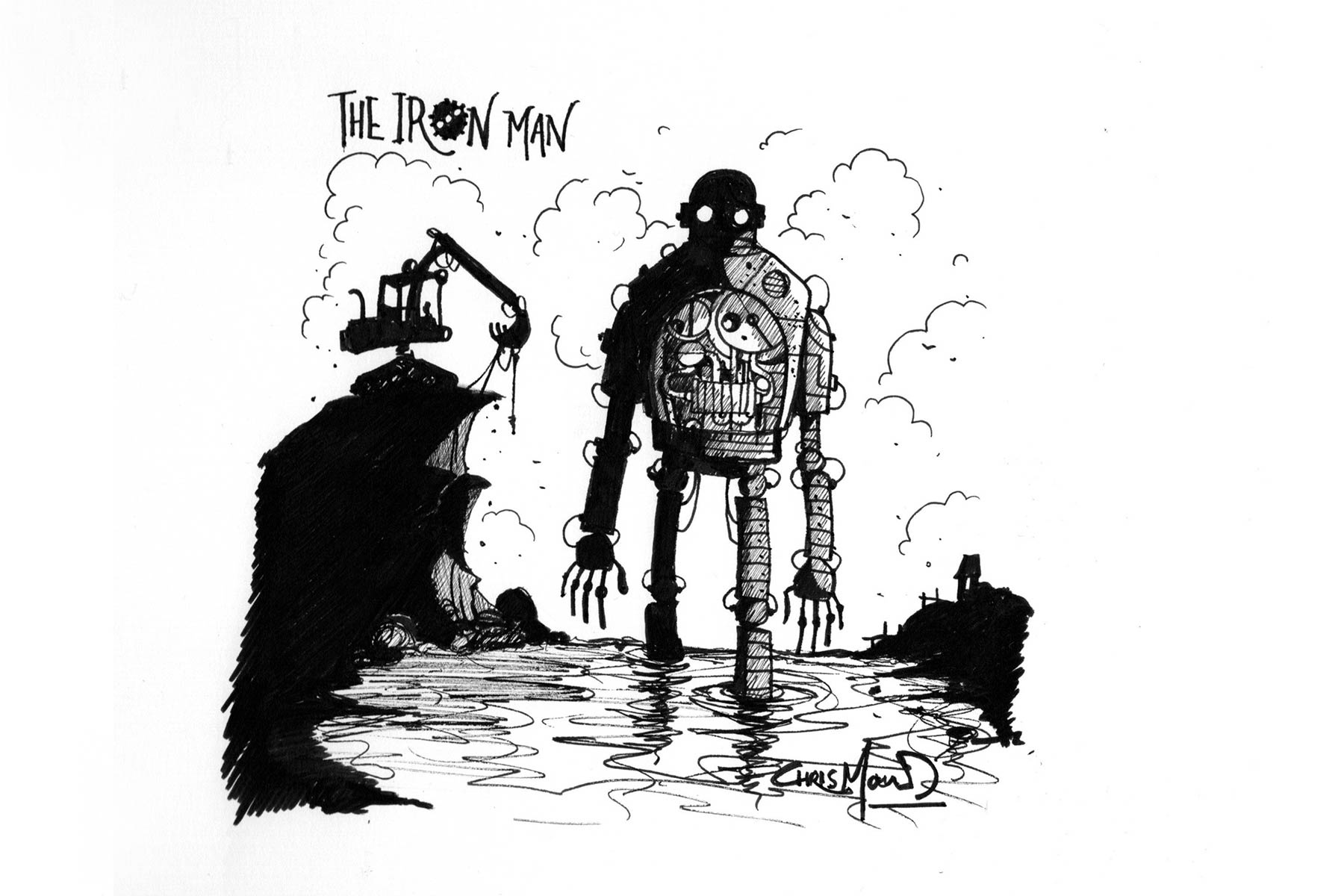 The Iron Man is regarded as one of the greatest children’s books of all time. With strong environmental messages, Ted Hughes’ words resonate now more than ever. Celebrating the 50th anniversary of the original, children’s author and illustrator Chris Mould has updated the book to create an exciting new edition for the 21st century featuring his otherworldly illustrations. Melding science fiction with fairytale, The Iron Man tells the story of a gigantic metal robot who appears out of nowhere, crashing onto the beach and shattering into many parts. He is discovered by Hogarth, a young boy.

Chris Mould began drawing at an early age and went to art school at the age of 16. He has illustrated picture books and young fiction, including his own series of books Something Wickedly Weird. In The Iron Man Reimagined, his family event for the 2019 Festival, Chris discussed how he approached reimagining the book, shared some of his brilliant artwork and invited a young audience to draw alongside him.